Graphic Design and Game Development students from Herzing University - Madison, led by Design Program Chair Erik Pederson, won an impressive 20 ADDY awards from the American Advertising Federation on February 15, 2013 at the University of Wisconsin in Madison, Wisconsin. The ADDY Awards, which recognize excellent student and professional work, bestowed upon Herzing students several medals including the highly-coveted Best in Show and Judge’s Choice Awards in the student category. The event was well attended with competitors from across the state.

The ADDY Awards is the world's largest advertising competition with over 50,000 entries annually. The American Advertising Awards is designed to honor students in all forms of advertising who have excelled in creating powerful and extraordinary advertising. This competition is highly respected and gives students opportunities to move through their career as a distinguished leader. The ADDY Awards are highly viewed and recognized as the best in the industry.

The American Advertising Federation (AAF) is headquartered in Washington D.C. and represents over 40,000 advertising professionals across the country. AAF acts as the unifying voice of advertising and operates a host of programs for students and professionals. They believe in the creative spirit of marketing and advertising by encouraging excellence.

This is an event in which Herzing University - Madison students do very well every year.  It is both exciting and fulfilling to see our students being recognized in a prestigious event like the ADDYs. Several of them will move on to the national competition, which is a big honor for our students and the University.

Congratulations to the following students: 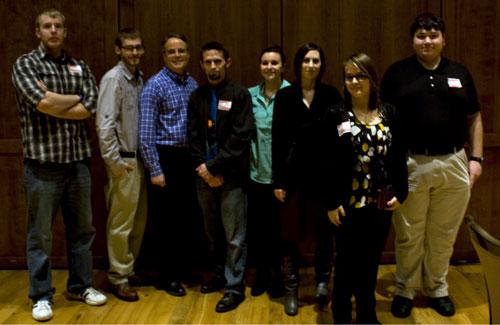